Espanola Tourism - Is This The Place To Visit When In New Mexico?

Discover New Mexico and the trails of Espanola tourism and venturing back to the times of 1598 when it was first put on the map by the Spaniards as New Mexico's first capital.

Espanola Tourism is steeped in tradition as one would expect being considered The Jewel of Northern New Mexico. Sitting between the Truchas Peaks and the Jemez Mountains in the northern Rio Grande Valley, it is ideally situated for the explorer who wishes to discover everything in and around the territory of northern New Mexico.

Located in Rio Arriba County, Espanola is placed in the north-central part of New Mexico. Whilst cruising Highway 84 alongside the River Grande river banks, it can be found around the vicinity of Santa Cruz Lake between Taos and Los Alamos, north of Santa Fe.

Specifically, it's located 25 miles east and 25 miles north of Los Alamos and Santa Fe respectively, whilst Taos is located north of Espanola some 45 miles away. 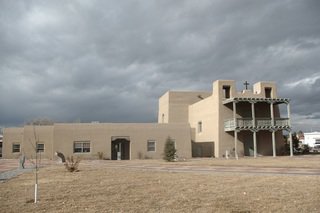 Espanola provides many outdoors activities both in summer and winter and where some of the best casinos in New Mexico can be found. In summertime it's not hard to stay busy having fun when one can be biking, hiking, kayaking or horseback riding.

In wintertime one can go snowboarding or skiing in not too far away places such as https://bigrockcasino.com/santa-fe-new-mexico.html, Angel Fire or Taos. Cross country skiing's also available. Of course the area has many historical sites of interest especially with its deep Native American roots.

For those wishing to uncover the area's rich Indian heritage, they will be wanting to visit the Anasazi Sites of Puye Cliff Dwellings located close by, along with a trip to the Bandelier National Monument.

Stretching a little farther afield within a few hours the Mesa Verde National Park can be explored. Also if one wishes to seek out further treasures of the area, they have the opportunity to view the Chaco Canyon National Historical Park, a site of immense fascination to everyone who visits.

With fiestas held throughout the year celebrating both Pueblo Indian & Spanish Cultures, Espanola tourism offers memories of an enriching experience that will forever remain. Will the cultural culinary delights savoured beckon a welcome chance to return?